Five Ways Your Gut Can Change Your Mood, for Better or Worse 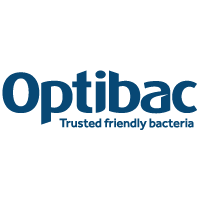 It has long been theorised that the communities of bacteria living in our gut are able to exert a powerful influence over our mood and mental wellbeing. What was once just a theory, has in more recent years, gained scientific credibility through a growing body of clinical research that substantiates the claim.

The term the ‘gut-brain axis’ or perhaps more accurately the ‘microbiome-gut-brain axis’ is used to describe the intricate interplay between the enteric nervous system of the gut (ENS), and the brain and central nervous system (CNS). The communication between the two is a bi-directional process, carried out either via hormones and peptides secreted by the ENS into the blood stream, or via the vagus nerve. The vagus nerve extends from the brain stem to the abdomen, and impacts a great deal of bodily functions, including heart rate, respiratory rate and digestion.  Perhaps surprisingly more than 80% of nerve fibres carried by the vagus nerve go from the gut to the brain1, rather than the other way around. This means that the gut sends far more information to the brain, than it receives, suggesting the importance of good gut health to our mental wellbeing.

Animal models (typically using mice) have indicated that ‘communication’ between the gut microbiota and the brain involves the vagus nerve2.  This can be substantiated by the fact that the anxiolytic and anti-depressive effects gained when mice are fed certain strains of probiotic bacteria, are only present in laboratory animals that have their vagus nerve intact. Vagotomized mice do not exhibit the same anxiolytic or anti-depressive effects3 when given the same probiotic strains in their feed.

The exact signalling mechanisms used by the gut microbiota to influence mood are not yet fully understood. It is thought that many different methods could be involved, including:

These various mechanisms enable our gut microbes to shape many aspects of brain health, and impact many different functions, such as our sleep, stress response, mood, memory and cognition.

An imbalance in our gut microbes, known as dysbiosis, has long been understood to be a factor in a wide range of digestive health disorders. With the improved understanding we now have of how our gut microbiota also impacts our mental health, it is perhaps not surprising that many digestive health conditions present with accompanying mental health symptoms. The results of a 2003 study8 found that 40% of IBS patients reported suffering from a mood disorder, which brings into greater focus the indisputable link between our gut microbiome and our mood.

Clinical research has determined that species from the Lactobacillus and Bifidobacterium genus of bacteria produce GABA; species from Candida, Streptococcus, Escherichia and Enterococcus produce serotonin; species from Escherichia, Bacillus, and Saccharomyces produce noradrenalin; those from the Bacillus genus produce dopamine; and species from the Lactobacillus genus produce acetylcholine9, 10, 11. Whilst all these neurotransmitters (and many others beside) play a role in behaviour regulation, those with the greatest impact on mood are: noradrenalin, serotonin, dopamine and acetylcholine.

Neurotransmitters are chemical substances that initiate the transmission of a nerve impulse from one neuron to the next. They relay sensory information to the brain, and allow for appropriate bodily responses to this information. An imbalance in neurotransmitter levels can lead to mood disorders and negative emotions, such as: stress, anxiety, depression. It is a delicate balance and each neurotransmitter impacts another. Together they control our mental state, including: mood, emotion, motivation, appetite, aggression and anxiety.

The increasing scientific interest into the impact of the microbiome in regulating mood disorders has led to the identification of certain strains of probiotic bacteria that appear to lessen our physiologic response to external stressors. Certain strains have a ‘calming’ influence on the nervous system, allowing us to exit the ‘fight or flight’ state that is all too prevalent in modern times.

Two such strains are: Lactobacillus acidophilus Rosell-52 and Bifidobacterium longum Rosell-175, which have been tested in combination and shown to have a positive impact on mood.

A randomised, double blind, placebo-controlled trial12 took 55 healthy participants and divided them into two groups. One group were given a supplement containing the above mentioned probiotic combination, the other group received a placebo, for a period of thirty days. After the intervention period symptom severity was measured using various validated scales of anxiety, stress, depression and ability to ‘cope’. Findings showed that this two strain, probiotic combination significantly reduced the scores of anxiety, depression and stress. The researchers summarised that these two probiotic strains could have beneficial psychological effects in humans.

The Impact of Stress on the Gut

Everyone has experienced the sensation of a ‘churning’ gut when they are under stress, and intuitively we know that our digestion is most definitely affected by our emotions, but what is actually happening at a physiological level?

The major effects of stress on our gut physiology include:

Stress signals are ‘received’ and ‘translated’ by mast cells (and other cells) of the immune system into the release of neurotransmitters and pro-inflammatory cytokines, which may profoundly affect gastrointestinal physiology. IBS is considered as a stress-sensitive disorder. It is thought that pro-inflammatory cytokines activate the HPA axis, triggering the release of cortisol and other stress hormones which negatively affect gut function.

Certain strains of probiotic bacteria have demonstrated an ability to reduce the common symptoms of IBS. One of the most researched strains for this condition is Lactobacillus acidophilus NCFM®.

Following on from this finding, the potential mechanism of action behind the pain-relieving effect of L.acidophilus NCFM® was determined in a later study14. The probiotic strain was shown to induce the expression of certain receptors, known as μ-opioid and cannabinoid receptors, in intestinal epithelial cells. This leads to an analgesic effect which is similar to that of the pain-killer morphine, and results in a measurable reduction of intestinal pain.

The Impact of Stress Beyond the Gut

The release of neurotransmitters and pro-inflammatory cytokines in response to chronic stress, also impacts our wider physiology. Our bodies are not ideally designed to deal with constant, on-going stress. The release of cortisol and adrenalin which accompanies a stressful event, is the same whether the stress trigger is physical or psychological. However the changes to our physiology that these stress hormones create, are not needed if there is no physical threat to our safety.

When the cause of our stress is psychological, we do not need extra energy to stay and fight a ‘physical’ threat, or to run from it. This results in stress hormones circulating in the body that are not needed.

Many changes occur within the body, in response to the release of stress hormones, including:

The inflammatory cascade and low-level systemic inflammation that is initiated by long-term stress exacerbates many health conditions, including: rheumatoid arthritis15, cardiovascular disease and even depression16.

What We Eat Changes How We Feel

This article has focussed mainly on the link between the gut and microbiome and the brain and central nervous system. Given how integral our gut health is to our mood and emotional state, it should come as no great surprise that the food that we eat can greatly change how we feel.

Armed with the understanding that our gut microflora is able to directly influence our emotions and mood both through the synthesis of certain neurotransmitters and other metabolites, and the presence of certain sugars on their cell wall, one approach to better mental health is to improve the health of our microbiome. Nutritional tools and dietary protocols for altering the gut microbiome therapeutically include:

Other nutritional approaches to improving mood through diet (that don’t specifically target the gut flora) include:

The body of evidence supporting the use of probiotics within the remit of mental health is now compelling enough that the NHS has made reference to probiotics on one of its advice websites. The website called ‘Healthier Together’ is aimed at helping parents and young people manage common concerns and childhood health conditions.

One section of the website covers maternal mental health, and features an article entitled ‘Staying healthy in body and mind’.  In this article, the author mentions probiotics as a natural option to aid in the maintenance of good mental health. Found within the ‘Diet’ segment of the piece, the article emphasises the findings of recent research, which has identified the direct link between our gut and our brains, and how inflammation might be one precursor to depression. Probiotics were suggested as a way to help combat this, and the following recommendation was given:

“Taking supplementary probiotics with two or more live cultures (for example lactobacillus and bifidobacterium) can improve the integrity of the gut, thus preventing toxins entering the bloodstream.”

Recent research has made clear the link between the populations of bacteria living in the gut, and our mental and emotional health. A healthy microbiome is able to support proper mood and cognition in a variety of different ways, including the synthesis of neurotransmitters, stimulation of both the innate and adaptive immune system, excitation of the vagus nerve, production of various chemical metabolites and the regulation of inflammatory and anti-inflammatory cytokines.

Based on this knowledge, it seems wise to consider the health of the digestive system and the microbiome when addressing any mental health disorder. After all, many psychological disorders present with accompanying digestive health symptoms, and conversely sufferers of gastrointestinal conditions often experience accompanying mental health symptoms.

To support the health of the microbiome dietary interventions should be considered that include eliminating simple sugars, increasing dietary fibre, including sources of prebiotics and focussing on anti-inflammatory foods.

Targeted probiotic supplements can be taken to support the production of regulatory neurotransmitters, and reduce the physiologic response to external stressors. Two specific strains that have been shown to be beneficial for both anxiety and depression are: Lactobacillus acidophilus Rosell-52 and Bifidobacterium longum Rosell-175.

By recognising that no health condition exists in isolation, and that every body function impacts another, we can start to unravel the cause behind dis-ease and imbalance, rather than just treat the symptoms. By restoring optimum health to the microbiome research now shows that we can positively impact our emotions and mental well-being.

By Andrew Dorey
November 26, 2020
How Setting Personal Boundaries Can Help You Re-Establish Healthier Relationships
in Mental Health and Wellbeing

At HealthHubble we understand just how important it is finding the right clinician, therapist or professional for your individual needs.

I sincerely believe that everyone should have the opportunity of leading happy and fulfilled lives, feeling confident and secure to enjoy their life to the full.

Want to feel more energised, in control and understand yourself better? Feel calmer? Or feel happier? Whether your journey is personal or professional, I can help get you there.